Coaches trying to best help a client, employers looking for the best fit for a position or team, and individuals trying to improve personal performance are all likely to turn to a personality assessment as a tool. Assessments are marketed as helping identify the best fit for a position and being a good predictor of job performance later on. While the use of empirical data in making employment and promotional decisions is a smart choice, personality assessments are an overall poor investment. 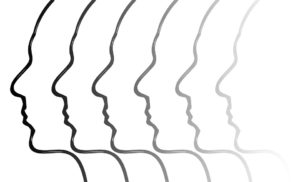 This is an unpopular stance, as personality assessments have fascinated the public for decades. First developed in the 1960’s, they saw a resurgence in the 1990’s with a series of studies that suggested personality may be the key to finding the right workplace fit. In 2014, 62% of human resources departments used personality tests in the recruitment process. This makes sense, as HR departments want to cut down on the cost of hiring the wrong person or choosing the wrong development strategy.

What they may not realize is that personality assessments are also the backbone of a $500-million-per-year industry. CPP (Consulting Psychologists Press), the company with distribution rights to the Myers-Briggs Type Indicator (MBTI), has suggested annual revenues close to $20 million. Almost 90% of Fortune 500 companies administer these tests and 80% of new hires at those companies in the last decade have taken one. Of course, there is also an entire sister-industry aimed at helping individuals perform well on these tests and an even larger pool of trained coaches and other professionals with certifications for interpreting results. There’s an incentive for these companies to market their products as the solution to inefficient and costly hiring and spending practices, and companies spend quite a bit on them as a result.

While these tests are lucrative and popular, general appeal does not make them reliable or accurate. The scientific bases for these tests are at their best hotly debated and at their worst very, very weak. The MBTI, for example, is not considered reliable at all. According to CPP themselves, 50% of those repeating the test will change at least one of their four personality markers. Another common example is the Five Factor Model, which forms the basis for many assessments like the NEO Personality Inventory and compartmentalizes personality into five key components: extroversion, agreeableness, openness, conscientiousness, and neuroticism. The model has been the subject of the most research of all personality theories these assessments are based on, and has faced criticism that these tests are both severely limited in their scope and have had methodological issues in most research supporting the model’s validity. (However, assessments based on the model have been deemed more reliable and scientifically valid, and some of those aspects, like exroversion and neuroticism, have come under more fire than others like conscientiousness, which has been linked with certain biomarkers and may be easier to measure empirically. NEO has also been praised for using factor analysis and cross-cultural research.) There is also substantial evidence that individuals can and do provide false answers to these tests in a social desirability effect, and that these tests are not good at picking up on fake responses.

Regardless of the scientific consensus on these tests’ accuracy and reliability as measures of personality, the most prominent reason not to use personality assessments in the workplace is that they don’t yield results: they can’t predict work performance. For example, the predictive power of conscientiousness and extraversion is very low (R values of only .13 and .06 respectively), and they are the best of the five personality factors in the Five Factor Model at predicting job performance. If employers are looking for an informative assessment, they should develop predictive models specifically for that purpose or use more scientifically valid measures, of which there are several. In fact, as long ago as the 1990’s, studies were conducted showing that general cognitive ability was a better predictor of performance than even job-specific skills or knowledge.

While these tests can’t predict overall performance, some employers think that using personality assessments will help them in hiring or development because it translates to certain skills or abilities useful for the position. Others think that personality assessments help choose teams because certain personality “types” are compatible with one another, while others are not. There’s no scientific research to back up either of these claims. Personality traits and a person’s professional knowledge, skill, and ability in a work setting are different attributes that can’t be measured with the same instrument, and because personality “types” are misleading and inaccurate, matching individuals based on traits makes no sense. This means that personality is not even a good predictor of useful skills an individual might bring to a position or their likelihood of meshing well with others in their team.

Personality assessments are not the tool employers, individuals, or coaches should be using to evaluate, predict, or improve work performance. They lack scientific validity and can’t reveal anything about potential job fit, relevant skills, or social compatibility in the workplace, and they may not be a very ethical tool to use for these purposes. Instead, an assessment of cognitive ability or position-related skills might help. Another option is to create an industry-specific predictive model using a company’s own data. Or, a much more social strategy is to stick with giving an interview or receiving useful feedback from others. Ultimately, until corporate norms catch up with the scientific consensus, individuals should discourage their employers from relying on personality assessments for development or hiring purposes and choose to rely on other methods instead. 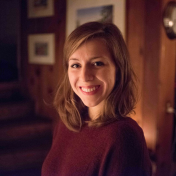 Susie is a Master's student in Social, Cognitive, and Affective Neuroscience at the Freie Universität Berlin. Go to scanberlin.com to check out a neuroscience blog run by SCAN students.