Peace on earth. Ahhhhhh. A quaint notion or starry-eyed wish for many, but not Daniela Bryan (Dany).

“Wouldn’t that be great?” she says with exuberance. And you believe her.

Since her role became clear to her, Daniela has been doing just that — building trust with clients, nudging or, if need be, bulldozing their established beliefs, listening to what’s behind their stories, and bringing a kind of truth they’re not used to hearing from anyone else.

That connection to peace, that idea that it’s tangible, comes from the way she was raised in her native Germany. A grandchild of World War II, Daniela grew up with a CEO father who taught her people will only be at peace if they learn to understand each other. As an ideal complement to that, she experienced and grasped the concept of attentive listening from her mother, who had a business degree but devoted her life to her children. 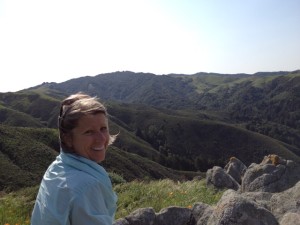 “Out of this dynamic grew values of respect and understanding which were deeply rooted in our family,” Daniela says.

That upbringing led to the blossoming of a curious soul that continues to evolve. Her formula? She feeds her desire for exposure to different perspectives and diverse cultures. She indulges a mad craving for adventure. Her road to becoming a global citizen has brought her to a place where she is a soaring free spirit, one who has had downturns in her life but has emerged from them and grown. Positive, independent, of service, sharing her gifts with leaders, taking risks.

Daniela’s place of peace ripples into others’ quest for peace. There is a reason that her well-organized work space includes a paperweight in the shape of a heart. A reminder of what is at the core of all of it, all the living.

“I come from a place of everybody being whole,” Daniela says. “From my world view, nobody has a flaw. I don’t walk through life not trusting others. I think that’s partially because I really trust myself. I know what I can do, what I’m capable of.”

Whether that means rappelling down a cliff, standing on a stage addressing 300 people, shepherding an executive through a troubling situation, or raising kids who are thriving after a challenging divorce, it translates to life experiences that make her relatable. That’s how she builds trust. It involves being real, not engaging in gossip, playing her strength of making people feel at ease.

“I can find something in common with every person,” says Daniela. “From the janitor to the CEO to people I meet at conferences. That’s a huge part of why my clients stay clients for a long time – they know I get them.”

She likens her senior leader clients to kings in medieval times. Who tells them what’s true and not true?

“Everyone’s clawing at them,” Daniela says. “That’s why they’re lonely. There are lots of people around them, but getting to a place of truth is extremely difficult.”

That’s where she comes in. Sounding board and partner. No agenda, like so many around them. No strings attached either.

Daniela’s quest to keep learning includes plenty of travel and attending an array of conferences that exposes her to different industries and allows her to carefully observe the human dynamic and how groups react to various situations.

“I’ve had clients in the healthcare, automotive and gaming industries,” she says. “They might require different tactics and strategies, but their humanity is the same. Firing an employee is difficult one way or the other. They might tell the story differently, but the essence of the decision is the same. I take it down to the core.”

That requires drawing on the things that have shaped her. A bold move to the United States to attend college when she was 19. Fluency in English and German. Success at sales jobs in the U.S., Germany and England. Two children who taught her patience, understanding, balance, and a sense of what is important in life. The gutsy start of her own coaching business.

The loss of her mother to cancer in a three-month span just as her daughter was being born made Daniela acutely aware of the cycle of life. She became acquainted with grief and the light that can come after the fog. Adversity and joy mashed up.

“I have built my dream home in California and reside in Bavaria, Germany during the summer,” Daniela says. “I am learning how to let go of my own adult children, just like my parents let go of me. The amount of change and growth that has taken place in recent years has made me a well-rounded, accepting, understanding and compassionate person who wants to listen and help whenever she can.”

Her version, her vision, of peace on earth.