Do you feel like your employees aren’t telling you the truth?

Do you sense resentment by one or several people in your inner circle? Are you in a bubble surrounded by people who think and are much like you? Are people telling you what they think you want to hear rather than the truth?

If the answer is yes to any of the above, then it’s high time to solicit feedback. 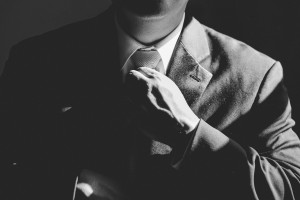 The higher up the ladder you climb, the less people are inclined to give you honest feedback. There is a perception that you, being at the top, have all the answers to people’s problems, when in reality we know that’s not true. Additionally, they don’t want to upset you, the boss, for fear of negative consequences.

Even if you are the best in your field, you are the expert, and you are respected and revered, there is always room for improvement.

If you know what you need to improve, go ahead and take action. However, don’t be so sure you know the whole story. If on the other hand you are just a tiny bit unsure and would like to improve, feedback will help you see where it’s needed.

But how do get that information without feeling bruised and beaten up? I recently had a CEO tell me he developed quite a thick skin over the years. Yes, that is helpful. Receiving feedback can hurt. However, it doesn’t have to be painful. The more you initiate a culture of giving and receiving feedback, the easier it will be for everyone.

Soliciting feedback doesn’t have to be daunting. By the time you’re done reading this, you’ll have some tools at your disposal that will help you. Let me walk you through some of the options:

If you want to find out how you are being perceived, you have come to the right place. Getting feedback from multiple people will bring to the surface some patterns about how you are conducting yourself in your professional and personal life. Anonymous feedback is a time-consuming, but relatively painless way to receive some critique.

Research shows that people are more inclined to give you honest feedback when there is anonymity. That’s the main reason 360-degree feedback became the gold standard in this area. Every executive coaching engagement starts with a 360-degree feedback process. Some companies rely on the many tools available in the marketplace for soliciting anonymous feedback in the form of surveys sent to stakeholders who are direct supervisors, peers and direct reports. When Googling the term ’360 degree feedback survey’ you get over 1.2 million hits. So there are plenty assessments to choose from.

The reason I don’t care for them is because they tend to be more of a reflection of the person doing the rating than the person being rated. Naturally, a rater compares the question about different behavior traits with herself whereby the outcome is no longer objective. In reality, these instruments might cause more harm than good. “You get gossip, quantified,” says StandOut 2.0: Assess Your Strengths, Find Your Edge, Win at Work author Marcus Buckingham.

Personal Interviews by a Third Party (For Example, a Coach)

I prefer conducting 360-degree interviews, and here is why: You can ask the exact same questions as in a survey and yet you get more nuanced answers. You get responses that arise in the conversation. An experienced interviewer will listen to connect, not to reject or judge. She will also listen to what is not being said and dig deeper to arrive at more meaningful areas for improvement. The interviewer can filter out the gossip and listen for the truth. It’s an art and a science. When done right this interview ends up being not only a fact-finding session, but also an opportunity to raise the interviewee’s awareness.

The results of the 360-degree interviews will be feedback to you, so you can identify what you want to improve upon. The results of this can serve as the basis for the development plan moving forward.

One-on-one direct feedback is infinitely scarier for you and for the person whose feedback you are soliciting. You have to muster the courage to ask. And the person you are asking has to be willing to be honest and truthful, which can be challenging at times. Here are my tried and true steps to soliciting feedback successfully:

Don’t wait for things to go wrong. Build soliciting feedback into your workflow on a regular basis. Think of it as preventive maintenance. You take your car to get serviced to assure its smooth and safe operation. Why wouldn’t you be proactive in soliciting feedback?

In addition, feedback from others might be useful as well. Be proactive and don’t wait until something is already going wrong.

Ask yourself who would be able to give you the most useful feedback. Your boss? Your board member? Your mentor? Your friend? Your nemesis? Who do you want to solicit feedback from?

Why would you ask your enemy to give you feedback? I believe differentiating between an enemy and someone who might have a different opinion is crucial. An enemy will wish you harm, so stay clear of asking for an assessment from him.

Someone with a different opinion, however, might be able to give you valuable insight into how others perceive you. You might gain a lot from this outside perspective. The key is to solicit feedback from people you respect.

Start asking for critique from people you feel safe with. And become more confident with each person you ask. Eventually you will have a process established and you will feel more comfortable asking for feedback from people with varying views.

Ideally, you will ask daily, in every conversation, at the end of every meeting and phone call. Be open. Be curious.

I end all of my coaching sessions with a request for feedback. I might say: “What was valuable for you in this conversation?” “How can we improve the process?” Or, “How can I support you better?”

Think about which sounds better:

“What do you think of me/my performance/my outfit?”

“I have been trying to improve something. Would it be okay for me to ask you for some feedback some time/later today/now?”

Language matters when requesting effective feedback. Craft how you ask for permission with care.

You can do this in the hallway if it’s a small thing, or you can schedule a get together for coffee or an official meeting. Whatever feels safe to you. Safety is important. Otherwise it’s too scary to receive feedback.

Some people are risk averse, might not want to hurt your feelings and will only want to give you the good news. Request balanced feedback. You want to hear positive and negative.

An authoritative person, on the other hand, or even a bully might leave you with a bloody nose. Request balanced feedback. Again, you want to hear positive and negative.

Once you have permission, it is necessary to frame the feedback in a way that you can receive it. For example, you might say, “I have been trying to work on my leadership qualities. It would be

5) Shut Up and Listen

Once you have requested balanced feedback, zip it.

And when you are done listening, listen some more. There is always a pause and then the important stuff comes out, so wait for it.

The person providing you with feedback has just given you a gift. He paid attention to you and only you. Don’t take it for granted. Reciprocate with a heartfelt “thank you.” An attitude of gratitude.

By listening intently, you have also given a gift. You too have paid attention. Hopefully, you didn’t just listen, but you also heard what was being said. Congratulations! A win-win for both of you.

And there is more.

7) Ask Permission to Revisit the Feedback

This is the perfect time to ask if it would be okay to reach out again after you have taken some actions on the feedback. This is about amplifying the positives and reframing and acting on the improvement areas. Repeat.

Soliciting and receiving feedback is like a muscle you can train. Every one-on-one conversation can end with a request for feedback. Likewise, every meeting can end with a round robin as to what worked well and what you/the team can do better next time.

Get into the habit of soliciting feedback frequently, ideally daily, and don’t forget to take action on what you hear. If you don’t know what action to take, ask for help.

Don’t know who to solicit feedback from? Let’s talk and I’ll find you balanced feedback on the spot.

Asking your direct reports these essential six questions every quarter will result in a measurable change in effectiveness.

How to Give Balanced Feedback

How to Have Crucial Conversations