It’s human nature to lie. We all do it.

What, you don’t think you do?

Can we agree that we all lie? It is part of our behavior pattern. Even people who believe they are completely honest tell white lies, sometimes with the best intentions. Often we can’t tell the consequences that our actions have. We are masters at justifying our decisions. And then things spiral out of control.

We read about corporate scandals every day. The Volkswagen diesel emissions scandal. The Takata airbag scandal. Enron. WorldCom. Bernie Madoff. The list goes on. And we are quick to point fingers. How could they? Why did they? Can you believe they … ?

Leaders and companies engaging in this type of behavior are less trusted. Do you trust your stakeholders? Are you trusted?

It might be worthwhile looking at how to raise trust in others, as well as in yourself. 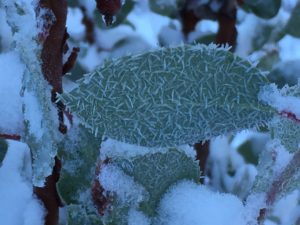 So, what about you? When is the last time you lied? I’ll bet you did at least once within the last 24 hours. Maybe no one noticed. Maybe you didn’t get caught. The important thing is that you know. You KNOW you shouldn’t have done it. You knew, but you did it anyway.

I know it’s uncomfortable to think about, but the point was driven home to me recently while watching the documentary (Dis)Honesty- The Truth About Lies  with Dan Ariely. He is a professor of behavioral economics at Duke University who has researched and written extensively about irrationality. You can find out more about Ariely here and the documentary can be viewed online or on Netflix. I highly recommend it.

Ariely speaks of the fudge factor that helps us to justify lying. Here is what he means more specifically:

~ Everybody is doing it, i.e. it is hard not to engage in doping, if everyone is doing it

~ Conflicts of interest, i.e. you are personally benefitting from actions or decisions made in your official capacity

~ I’m not hurting anyone, i.e. no one else will be disadvantaged

~ Lying for others, i.e. you are doing it for the benefit of someone else

~ Lack of supervision, i.e. the rules of the game aren’t enforced anyway

~ Social norms, i.e. when it seems to be socially acceptable

~ Fatigue, i.e. when you are distracted by your own needs

~ Distance from the crime, i.e. when you are paying with electronic transactions rather than with cash

~ Self-Deception, i.e. when you have exaggerated your past accomplishments

What does lying have to do with you and your team? Your leadership capability? With trust? Research has shown that high performing teams have a high level of trust.

“Ultimately the evolution of how self-organizing teams evolve into high-performance teams depends on mutual respect and trust of the members of the team.” –Steve Denning, Author and Consultant

One of the most devastating forms of lying is self-deception. It is common in my coaching conversations and most insidious. Often the lie happened in the distant past and since the person was not caught, self-justification boosted the EGO. He or she now feels as if it was the right thing to do. Until the FBI is standing in their office and they know the game is over. Don’t say it can’t happen to you. It can. You are just too comfortable in your current box and you can’t see the disconnect anymore.

It’s time to get a really close look in the mirror and take inventory. What is the lie you have never told anyone about? What would happen if you were to actually come clean? What’s the worst outcome? What’s the best outcome?

Now, let’s top that: What if you had actually lied to yourself about what it is you are here to do? Ponder that for a while …

And when you get stuck, drop me a line, and I will help you get unstuck.