We are living in uncertain times. The past doesn’t seem to provide answers that fit for today. The present is unsettling and leaves you anxious. And the future is uncertain and unknown. You are contributing and doing the best you can. The fear of change can be overwhelming. Despite all of your efforts the result is not what you want. It must be someone else’s fault. It’s the only logical conclusion.

Take the UK Brexit Referendum as an example. In 1973 the United Kingdom joined the European Union to provide peace and stability. For nearly 60 years Europe’s mission was accomplished. For 60 years other countries wanted to be part of the community. The EU grew from 6 to 28 members. Yes, there were growing pains, but by and large the benefits outweighed the costs.

Recently, the British people were asked and a majority wanted out. I spent 4 years living in London in the early 90s, not a huge amount of time, but enough to get a pulse of what the British were told and what they were thinking at the time. As far as I can tell, the common person on the street was never happy with the European Union. They felt stifled by another authority at the top. 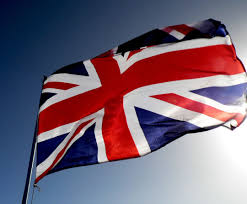 English politicians tried as best as they could to engage people in the European idea. Yet, they too were quick to blame Brussels when there was a stiff breeze at home. Apparently, the European idea was embraced in London, Scotland and by the younger generation that didn’t know what life was like before the EU. However, people were left behind economically as well as socially and a majority voted to leave the EU. They didn’t vote for change. They voted for going back to what things were like before the EU, 60 years ago. They remembered prosperity and a better life. And they believe that leadership in Brussels was and is responsible for their unhappiness: the regulations imposed, the money siphoned off to Brussels, the immigrants they are supposed to welcome and integrate. Bottomline, it was all Brussel’s fault. People collectively blamed the others and voted to leave the EU.

A similar scenario is playing out across Europe.

Yes, mistakes were made in Brussels. Leaders lost their way dealing with crisis after crisis. The European Union is definitely not perfect. And yet there are some developments that they are not responsible for:

When I was in graduate school in the mid 80s, globalization just started to pick up steam. Much of the growth of the recent decades is a result of developing countries becoming viable business partners. All of a sudden products could be sourced all over the world. Much of what I imported into the US or Germany in the 80s is now readily available everywhere. The variety and availability of goods has been enjoyed by all. Unfortunately, globalization also shifted the employment situation significantly. Cheap labor in China, India and elsewhere took jobs away in the developed world. And they aren’t coming back. There is no need to blame anyone. Demand drove supply. People all over the world needed and wanted goods to improve their lives. You and me included. All of us benefitted from globalization either by selling goods and services all over the world or by sourcing products that were produced cheaply somewhere else.

We have experienced exponential population growth. Population almost tripled since 1950 when world populations was 2.5 billion. This year we are counting 7.4 billion people. And the projection for 2050 is 8.9 billion. More people require shelter, food and resources. And if people don’t see opportunities where they live, due to war or lack of food, they will seek prosperity somewhere else. People have always migrated throughout history. However, the exponential population growth in the last 60 years has put an unprecedented strain on the developed world. Immigration is a much debated issue and no one has found a satisfactory answer yet, not the United States and not Europe, two continents where prosperity is the greatest. The European refugee crisis is a stark example of the challenge presented to European as well as US leaders. It is understandable that people in Europe and the US feel threatened by mass immigration and a change in the cultural make up of each country. But it’s not the fault of the EU leadership. One can debate if the EU leadership focused on the appropriate priorities. Regulations about bananas might be less important than finding a workable answer regarding the immigration issues. Blaming leadership, however, doesn’t solve any problems.

Driven by vast technology innovations the industrial age is behind us. Technology has dramatically shifted the way we live, do business, connect with each other. This development is leaving vast groups of the population behind. Certainly, there are opportunities all around. Unless you live in a metropolis, keeping up with technology and finding a way to make a living is challenging for many. Even if you live in a city the pressure of the high cost of living and transportation density are putting a strain on the average person. Driving through Germany I am noticing active and dynamic cities, such as Berlin and Munich. But small towns are peppered with empty retail space and an emergence of discount grocery chains and second hand clothing stores. The same is happening all across Europe and the US alike. Who is to blame? Local or state Governments? Leaders in technology companies? The rich? No one.

This trifecta of developments, globalization, population growth and technology changes are hard for the average person to swallow. The status quo is challenged and fear creeps in. None of these developments, however, are the sole responsibility of leaders. The leader in business and politics is charged with steering their ship through these challenging developments, but all of these developments are unprecedented. They have never been here before and leaders need to forge their own path through the unknown. This is nothing new. Leaders always had to forge a way. In light of the drastic changes the cry for help from the population is becoming louder, much like corporate employees look to the corporate leadership to have all of the solutions to provide stable jobs and pay checks.

You, the leader, are confronted with challenges originating in all of these developments. You can blame your employee, your team, your boss, your board, your shareholders, your state, your country, the other country, the rich, the poor.

At the end of the day it is necessary to uncover the facts, separate fact from fiction and collaborate to solve problems you can’t solve on your own.

A) You are afraid

Recognize and accept the fear. Admit that you have a fear of change. Name the fear. Don’t fight it and be compassionate with yourself. Ask yourself what you are afraid of and how you can best overcome it. Fear is normal and human, but it doesn’t have to rule you, your thinking, your life. Denying it to yourself and others is lying to yourself and others. Be honest and humble.

B) Everyone else is afraid

Much of the bullying, the homophobia, the power play out there is based on insecurities and fear. Disarm the strongest opponents by recognizing that he is driven by fear. Stand up and let your voice be heard in the face of adversity. Be courageous by showing vulnerability.

C) We need each other

Any obstacle can be overcome, every problem be solved, if you work with others. Coming from a mindset of serving others and collaborating is essential for success. This applies at a personal, corporate and country level. Parts of the UK celebrated independence day on the day after the Brexit referendum. Independence is close to isolation. Individually and collectively. There is a fine line. The problems to be solved are complex and can only be solved together.

What can you, the leader, do right now to deal with change?

1) What am I assuming about my constituents/the situation?

2) Verify, if your assumptions are correct, by asking the right questions.

Your assumptions are most likely not correct!

3) Don’t blame anyone. Instead focus and act on what is. Be part of the solution.

4) Inspire others to find workable solutions.

How to Lead Crucial Conversations