In the 80s I worked alongside a sales manager who chose his sales reps based on their astrological sign.  That’s right. If you were a Capricorn he figured you might not be a fit for his team! I never discovered how he determined what sign would work best, but there it was. At the time I thought it was odd, but he had to make a decision somehow, right? 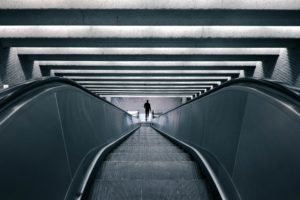 During the last 30 years an industry has emerged that established a belief it could help leaders make the decision as to who to hire and who to promote. It’s the billion dollar personality assessment industry. I’m sure you’ve heard of tests like Myers-Briggs, DiSC and Hogan, to name a few. Most 360-degree surveys fall into the same category.* There are many more. You’ve probably even taken some of them yourself.

However, it’s recently come to my attention there is no scientific evidence that these personality tests are valid. This article, “An Argument Against the Use of Personality Assessments in the Workplace,” highlights the flawed assumptions and lack of scientific scrutiny that plague the industry. In the spirit of full disclosure, the author of this article, Susanne Bryan, is my daughter; she is currently studying for a master’s degree in neuroscience at the Freie University in Berlin.

The personality test industry came about because, with escalating pressure to produce high performing teams, leaders increasingly needed to measure personalities to reduce the cost of hiring and firing. Human resources departments across the nation, and in fact across the world, started to focus on assessments and personality tests as a way to weed out people and find the perfect fit.

Unfortunately, these tests don’t actually help you do that. As a matter of fact, they can also do a lot of harm. In a recent NPR report, “What Can a Personality Test Tell Us about Who We Are?” a listener named Matthew Gale is quoted as saying, “My experience with Myers-Briggs played no small part in ruining me emotionally for years.”

In an extensive research study to be published in January 2018, CoachSource, the world’s leading leadership coaching firm and the one I am affiliated with, points out that 88% of organizations are using assessment tools like personality tests and that 66% of the leaders find them useful.

So what is really going on? Human resources departments are under pressure to make current and potential employees more measurable and to streamline the hiring and firing processes, and the assessments industry is providing tools to do that. What is not taken into consideration is the validity of the tests and the complexity of humans.

Recently, I came across a comprehensive personality test I took in the late 80s. It makes for funny reading because I recognize now how much credibility I gave the report at the time when it actually didn’t assess me correctly at all. Back then I read the 20 pages as if they were holier than the Bible. It provided a very narrow focus of who I am.

Given all this, what are you as a leader to do?

Personality Tests: May Be Not?

For starters, use personality tests with extreme caution. Trust your own intuition and experience in making hiring and firing decisions. Rather than becoming robots ourselves, let us marvel in the power and complexity of human creativity and the uniqueness everyone brings to the work they are called to do.

We don’t need to go back to choosing employees based on astrology, but we can be more aware of the flaws in our current systems.

*I personally engage in 360-degree interview-based assessments to filter out stories and biases as best as possible, no surveys rather conversation.