Success, what really does that mean?

From a very early age, we are taught what success means. Being able to talk and walk is rewarded with smiles and encouragement from parents. In preschool we succeed by learning how to tie our shoes and cut up bananas. In elementary school success means being able to write a report and proudly present our science fair project. Just making it through middle school, when the left hand doesn’t know what the right hand is doing,  marks success. Success as a teenager is marked by passing the driving test, SATs and finally finishing those dreaded college applications. Actually, just staying out of trouble already means success. The road less traveled takes on a certain meaning at age 16, when we assert our own identity. Finally, we graduate from high school, eventually may be even from college, if the variables are aligned. Up until this point success has been fairly prescribed. But now what? 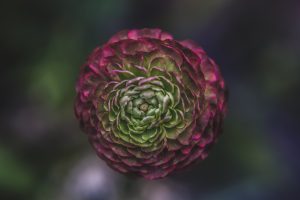 What does success mean once you set foot into the real world? Getting your first ‘real’ job is rewarded with a pay check. Advancing, by adding greater job responsibility and expertise, leads to promotions.

When I first left college all I wanted was to climb the career ladder. I didn’t even think about where that ladder would lead. Global Leadership?  I just wanted to move up. Checking off multiple layers on my path, I eventually realized that the path to being a CEO was actually not what I wanted. For 15 years it absolutely was. Then things shifted.

Success meant succeeding in my marriage. What, however, is a successful marriage? One where two people live side by side unhappy? Or one, where one person is happy and the other isn’t? Or one where hardships are overcome together, united in the cause? I have discovered that children are not a good enough reason to hold a marriage together. They can glue a marriage for a while, but they can’t make it last.

Success meant raising children to succeed in life. There is that word again. The definition is in the eye of the beholder. Success could be contributing members to society. And what exactly does that mean?

Some feel successful when they amass money and wealth. They work and make deals, invest and hopefully watch the money grow. And if they were lucky enough to not lose considerable amounts in the occasional economic downturn or accidental losses they might feel successful.

Then there are those gifted ones, or may be the lucky ones, that happen to become famous. Are they successful? Is fame a worthwhile aspiration? According to actress Cameron Diaz fame isn’t the answer either.

So, may be success is making it through live relatively unscathed, not hurt or harmed, making it through the ups and downs without major losses or failures along the way. At the end of the day, how satisfying really is that? It feels like sitting on the bench when the championship game is being played without you.

In his book, Leadership Wisdom, Bob Vanourek, former CEO of five firms sums it up beautifully:

“It took me years to realize, that the true purpose of my life, how success would ultimately be defined for me, was simply to leave the world a little better through the character of our children and grandchildren, through the organizations where I worked, and through what I could contribute to the leadership literature. “

Success defined as leaving the world a little better is simple and beautiful all the same. This definition can be applied at any age under any circumstance. Success is picking up trash, or even better avoid creating trash to begin with. Success is helping another human being. Success is simply solving a problem no matter how big or small. There is no need to be judgmental about it. The accumulation of lots of little problems solved, lives touched, milestones achieved will automatically and authentically create success.

So, why don’t we take a bit of the pressure off and let go of a particular outcome. By putting in the work every day, regardless of what the work is, we will inevitably be successful. Let’s make good judgements along the way without being judgmental in the process.

“Tell me, what is it that you will do with your one wild and precious life?”

Once you have watched the video, send me an email to share  what treasures you are finding in your pile of dirt along the way?