I typically attend the Apple annual shareholder meeting in Cupertino, California. You might ask: “Why?” To which my reply is: “Why not?”

If you own shares of a company, it is your right to attend the annual shareholder meeting. Granted, depending on where and how your shares are held, it might not be easy to gain the necessary paperwork to attend. Some brokerage firms actively discourage you from going, as I discovered talking with the attendee next to me, whose shares were held in a government pension fund. Nonetheless, I would highly recommend you make the effort if possible. 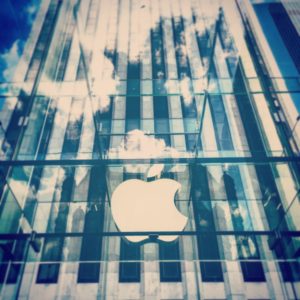 Why? A few reasons:

• You get to experience the environment the company operates in. In this case the meeting was held at 1 Infinite Loop, Cupertino, California, the current headquarters of Apple, Inc. Not all companies hold annual meetings at their headquarters, though. For example, Wells Fargo Bank has been holding its meetings in hotels in different cities since protesters rallied in San Francisco during the 2012 shareholder meeting. You can run, but you can’t hide – protesters followed the meeting to Texas the next year.

• You hear about some of the challenges firsthand. I made a point of listening to news reports from various sources after the event to compare what I observed with their reporting. As good as most of the reporting was, there were differences. Being there in person allowed me to make my own judgment about the challenges and opportunities that are facing the company rather than being subjected to what often passes as facts and commentary in the news. Having studied journalism, I am very sensitive to that.

• You get a better understanding of what the company stands for. The environment of the meeting, the professionalism with which the meeting is conducted, the caliber of fellow shareholders as well as the quality and caliber of the board members and the management team make a difference. I found it hard in the past to discern these nuances in an annual report.

• You can get a sense of the leadership of the company. Again, not something you can easily pick up from an annual report or reports in the media. Disclaimer: I have owned Apple products since the introduction of the Macintosh in 1986. I have appreciated their ease of use, customer focus and, of course, their elegant design. I have also owned Apple shares for a number of years. I have observed the ups and downs of the company, their product failures and their triumphs. And of course, we have all witnessed Steve Jobs at his high, his low and his unfortunate early departure.

Needless to say, I was curious. I wondered, what should we expect from Tim Cook? How would shareholders be treated? I am happy to say they treat their shareholders as well as their customers. I was privileged to attend a high integrity meeting that left attendees feeling good about the company. The shareholder from San Diego sitting next to me left the meeting saying: “I was considering selling my shares, but after this meeting learning that they do good in the world, I might buy more.” Here are my observations about what made this an effective shareholder meeting. Note the same principles apply for any meeting.

Send out, or make available well ahead of time, information about location and time of meeting. Include the agenda and any necessary documentation, so people can come prepared. The purpose of a shareholder meeting is to vote for what’s on the agenda and inform shareholders of the ‘state of the company.’ The more transparent you are with the information up front, the more meaningful the questions will be.

2) Be Conscious about the Location/Venue

It’s easy to overlook how important the venue and location of the meeting really are. People need to be guided through the process. At this meeting, many shareholders came from out of town and had never been to Apple headquarters. Having enough and friendly personnel to guide people through the process is essential. In this particular case, the meeting was held in a small auditorium holding about 150 people. Additional seating was made available in an ‘overflow’ room where the meeting was screened live. Even though I had to get up early and stand in line hours before the actual meeting, I found it worthwhile to be in the smaller auditorium. It felt intimate and familial in a way. Location matters.

3) Assign the Formal Part of the Meeting to an Expert

Many meetings have a procedural part to them; in the case of a shareholder meeting, it’s the voting process. It’s strictly regulated through the Robert’s Rules of Order, a parliamentary procedure. As the leader of the company, it was smart of Tim Cook to delegate this somewhat ‘boring’ part to someone else, who could focus on the procedure.

4) Do the Vote First

It might be tempting to present the state of the company first, before the vote. However, at this meeting doing the vote first resulted in a very matter-of-fact atmosphere for the vote and a more relaxed environment for the presentation. It did seem a bit odd, though, to vote and only seconds later see the results in a PowerPoint presentation of all the other shareholder votes already tabulated prior to the meeting. It made one’s own vote seem less meaningful.

5) Provide Overview of the Business Successes and Challenges

Tim Cook did a fabulous job of highlighting the company’s achievements of the previous year. Short and sweet. He did not give too much information and yet just enough. I noticed he focused on achievements and stated what he is most proud of that the company and its employees accomplished. It gave a real flavor of his authentic leadership style.

If there are distinguished guests in the audience, it shows respect to announce their presence. In this particular meeting Reverend Jesse Jackson, in a statement, urged Tim Cook to put more people of color in top management.

There is an art to conducting a successful Q&A. We have seen this art form play out in press conferences and other meetings as well. It is difficult to dance in the moment and answer questions truthfully and authentically without potentially alienating any stakeholders. At one point I loved how Tim Cook didn’t answer a particular question; instead he gave an answer to a slightly different question. Rather than moving on, he made fun of how he didn’t just answer the question. Humor goes a long way. Being pressed again for an answer just a couple of questions later, he gave the same answer, no more, no less. Highly professional! I found remarkable that the focus of the Q&A session was on how the company is changing the world rather than on the business itself. What a way to make everyone feel good about being a part of this company. True leadership!

8) Stick to the Proposed Time

Even though the meeting ran over by a few minutes, being respectful of people’s time is crucial. Apple seemed mindful of that. It was a pleasing and pleasant way to spend a day. Owning a company, regardless of outright or just a fraction, comes with rights and responsibilities. The way I see it, if you have a chance you may as well go for the full experience.

Check out these additional articles:

Good leadership skills to scale yourself

Do you fit the profile of a good leadership coaching client?